CRETAZINE
You are here:Displaying items by tag: Cretan State - City, City Guide, Where to eat 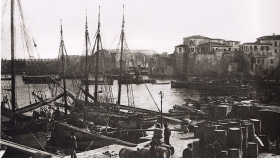