You are here:Island • Life in Crete • Humans of Crete
CRETAZINE

Christos is a mixture of Super-Man and Super-Crazy. If scientists could find a way to produce electrical current from his energy, then we would have solved our energy issues!

- Chris tell me a story to write for you.

- Ok ok ok!! That's enough! Just choose a story from the mountains so that it matches with your photo, I stop him abruptly because this could go on for hours!

The following story he named it "Five centimeters from our ass and wherever it may enter... " 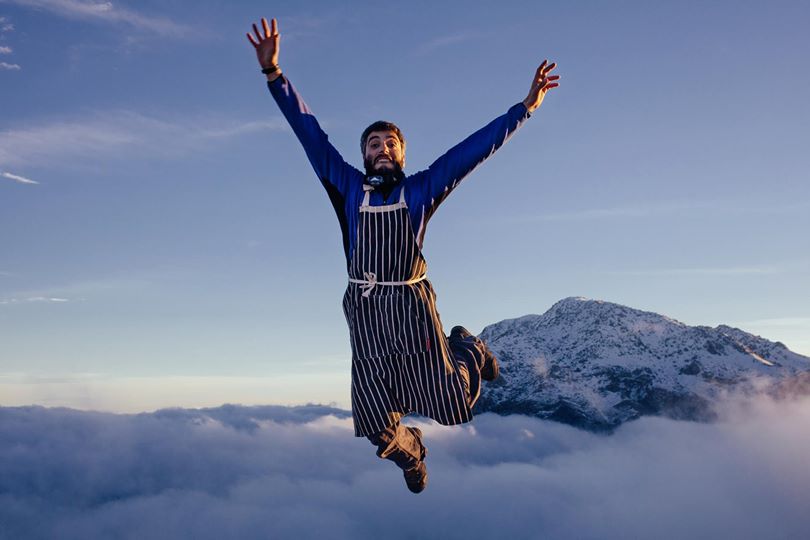 "During the years of absolute obsession with the vertical world (climbing), nothing could stop us. That day, it was raining ceaselessly but a few drops of rain did not appear as an obstacle to climb in our teenage minds. If we wait till it stops raining, then we may as well wait for the summer, I said to myself with absolute confidence for my skills and I thought I climb a negative rock so that rain would not be a problem. At the base of the climbing route there was (and still is) a small shrine. Of course I stepped on it in order to move a little bit higher and with one, two moves I find myself in the first safety lock three meters above ground. I hold the rope in my teeth to clip it to the safety lock and I suddenly feel my left foot that was holding my entire weight to slip, as the hole that I standing was full of water. During the few fractions of a second that I was falling I was expecting to feel a bad reception by the wet ground that was eagerly expecting me but faith had other plans... Wanting to punish me for my previous ungodly and disrespectful behavior, it gave me a crucifixion... on the cross of the shrine, that it pierced me just five centimeters away from my ass, fortunately without any bad consequences to my manhood... "

Several years later, I can only confirm that Chris was not at all disheartened by falls like this one...