Walking on ancient trails, at the Plateau of Katharo

Monumental oaks, natural sculptures of gray stone, an ancient cypress forest and a trail that climbs up to Katharo, one of the most beautiful plateaus of Crete

Once upon a time, dwarf elephants (cow's size) and pygmy hippos (the size of a pig) lived in Crete. These exotic mammals climbed up the plateau of Katharo in Lassithi to spend the summer in the seasonal lakes that formed there.

All this occurred about 540,000 years ago, in the distant years of the Pleistocene. Today the most exotic mammal you will meet on your way to Katharo will most probably be a goat! However, the trail that starts from the village of Kritsa and ends to the beautiful plateau is still very impressive and representative of the wild mountainous beauty of Crete. A majestic landscape, defined by the pale gray stone, with oak trees reaching up to the sky arrogantly and stubbornly, against this primeval setting. 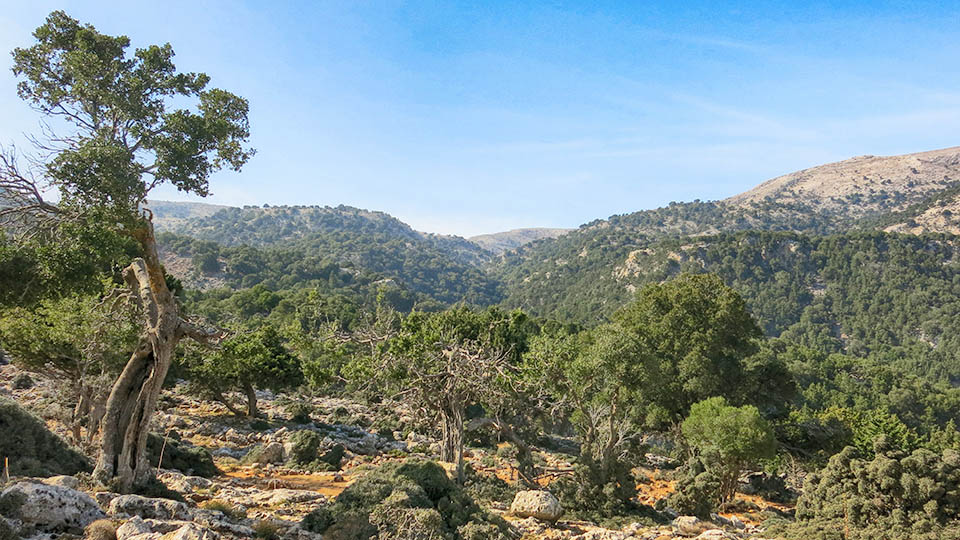 It is now time to leave the known asphalt road, parking your car on the side, and let your primitive instincts lead you into nature, following the ancient trail (some date it back to Minoan times) that connected Kritsa to Katharo long before roads were constructed. First you need to track down the (faded) signs of the Lassithi Forestry Directorate that mark the points where the trail intersects with the asphalt road; thus, these are the points that you can spot and start walking on the trail. Ideally, if you want, you walk all the way from Kritsa up to the plateau of Katharo (or rather ... the other way around, for obvious reasons). 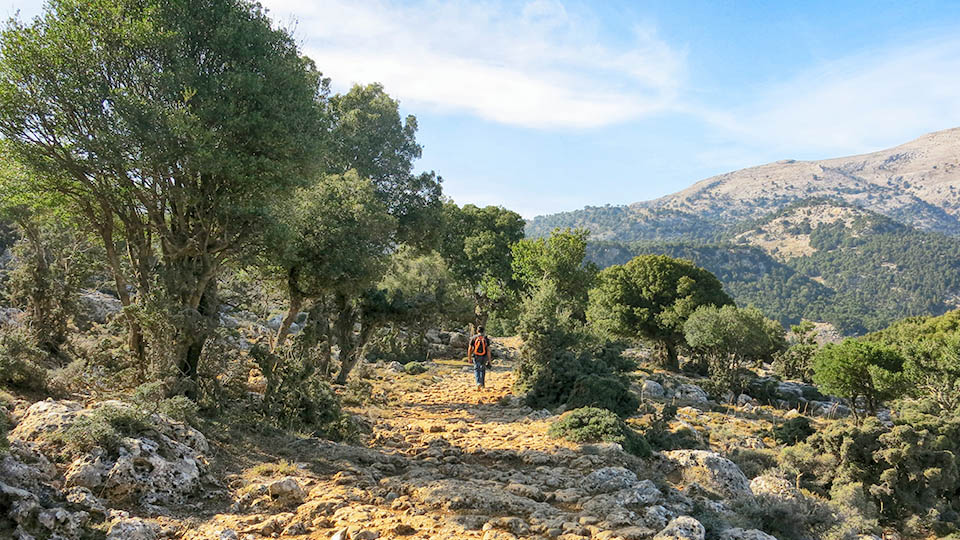 Most part of the trail is maintained in excellent condition and is clearly visible. It passes between characteristic trees of the Cretan flora (oaks, Cretan maple, holly oaks, ect) and sometimes it opens in large glades, sometimes passes alongside wild beautiful rocks. Opposite stands the verdant slope of Chiva, covered by an ancient forest of cypresses, one of the few in Crete. You walk carefully, almost ceremoniously, to avoid disturbing the peacefulness of the landscape and the absolute silence that is broken only now and then by the rhythmic bell of a passing goat. On the horizon, your gaze reaches beyond the bay of Mirabello, to the summit of Thripti and the gorge of Ha. 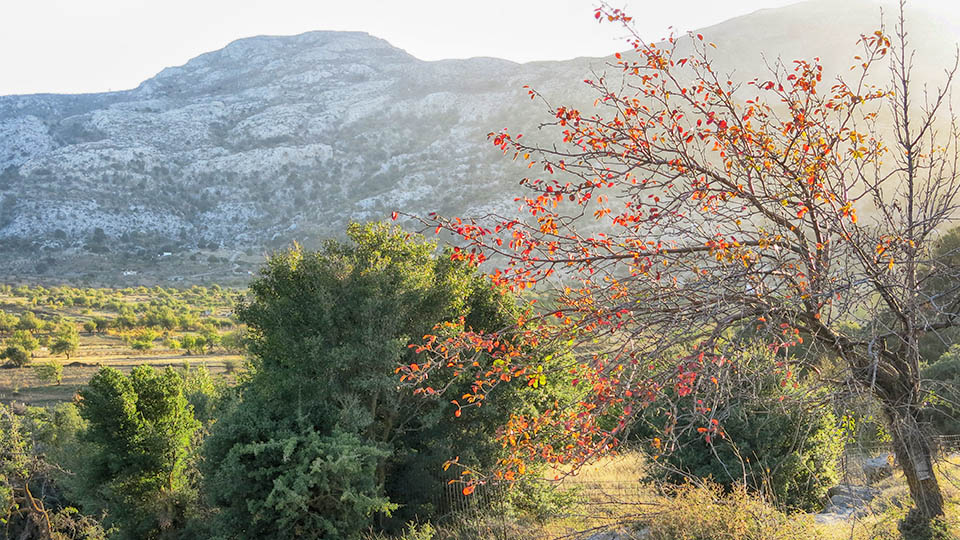 When you finally reach the plateau at an altitude of 1,110 m. the landscape dramatically changes. The wildness is suddenly succeeded by mildness. In autumn, the apple trees are loaded with apples and the vines have taken a rusty color. The few restaurants are filled with hikers resting their baton aside to enjoy roasted lamb. In the site of Digeni, the fossils of dwarf hippos were excavated in 1998; do not expect to find any fossils in your walk, but just the feeling that in this place the skeletons of prehistoric animals came to light is magical.

You can go ahead and explore the rural roads that pass next to the scattered cottages and reach the edge of the plateau, to see from above the gorge of Havgas connecting Katharo to Lassithi plateau. And of course, you can continue your adventure, going from one plateau to another, following the dusty dirt roads of Lassithi Mountains.