You are here:Polis • City Guide • What to see
CRETAZINE
Expand Map Shrink Map

The *NEW* Archaeological Museum of Heraklion

One of the most important museums of Greece, if not Europe, and one of the first in number of visitors in the country, remained partly open for over 8 (!) years due to renovation works. Finally, the new Museum we all have been waiting for opened its doors to the public on May 2014. The delay was great, but at least we can now claim that the renovated Archaeological Museum of Heraklion has nothing to envy from the modern museums of big metropolises.

From the Neolithic Age to the Roman times, the collection of the Museum covers 5,500 years of history. Its most important feature, however, is the greatest collection of Minoan art and relics of Minoan Civilization in the world, which is considered to be the first civilization on European ground. 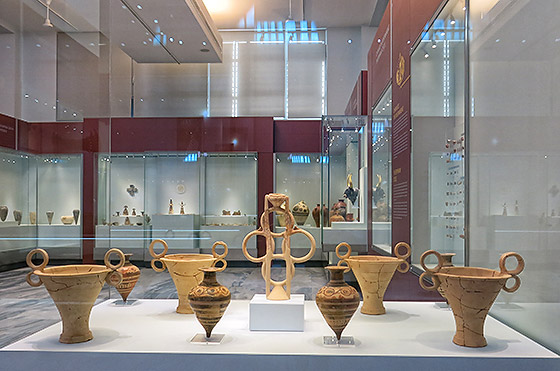 The (initial) building of the Museum was constructed somewhere between 1935 and 1940 on the same site where the Monastery of St. Francesco once stood, which was destroyed in the 1856 earthquake. The building’s architecture is quite interesting, as it is considered to be a characteristic example of the modern architectural movement of Greece, which conbined different architectural styles of the time. For this reason it received the Bauhaus prize. As for its renovated section, it was designed with modern specifications but maintained the original architectural philosophy of the building.

What visitors will see in the Museum

The tour starts in the ground floor and the Minoan Civilization aisle, arranged in a chronological order, from the pre-palatial period (3000 - 1900 B.C) to the last palatial period (1450 - 1300 B.C). These sections were opened last and feature some of the most important museum exhibits. Visitors will see objects from the everyday life of the Minoans, worship items, ceramics, lithography works, stamps and other items of extraordinary art, the famous doubleheaded labrys, sarcophagus and more. Of course, the collection includes the 'stars' of the museum and emblems of Minoan Civilization: the mysterious disk of Phaistos, the snake Goddess, the bee, the ring of King Minos, and the head of the Bull. 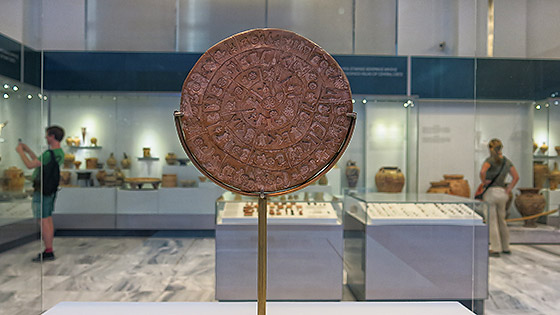 Through the exhibits and the explanatory texts we learn the basic information we need to know for the first civilization that flourished on european ground: the way the Minoan society was structured, their ceremonial customs, the nature of their religion (Minoans worshiped a female goddess), their commercial activities, economic and administrative organization, and the influences they received from other civilizations of the time. We have a close look to the findings of years of excavations in the great Minoan palaces and other peripheral settlements, in the Minoan cemetaries and sanctuaries. 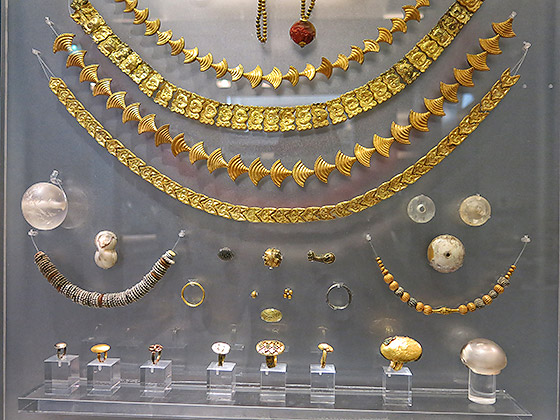 The tour continues in the first floor that hosts Minoan frescoes in a space that conveys tranquility and high aesthetics. Magnificent frescoes, vivid colors that narrate stories and anaglyph works. Stylish captions and explanatory texts will help you decipher the images. The big star of the floor, of course, is the Prince of the Lilies. 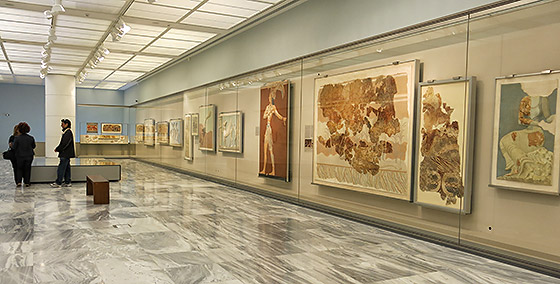 Needless to say that a visit to the Archaeological Museum of Heraklion and its Minoan collection is a must for every visitor in Crete. It is the best way to learn about Minoan history and get the feeling before you visit the archaeological sites of Knossos, Phaistos, Zakros, ect. The Museum, above all, guards the essence and 'soul' of this unique ancient culture.

Leaving the Minoan cicilization behind, the remaining chambers of the first floor take us to the Subminoan and early Geometric period, and Geometric period with many exhibits that are presented to the public for the first time. Next, we see exhibits from the Classical and Hellenistic times. 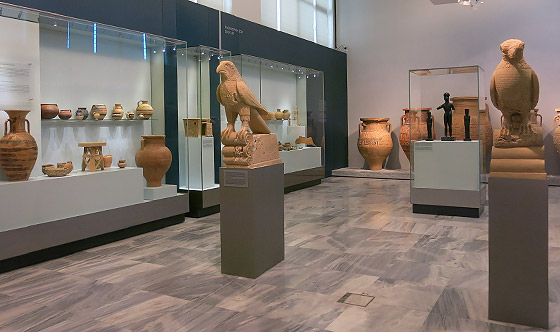 Even though the basic feature of the Museum is the Minoan collection, don't rush to the exit before you see the marvellous sculpture chamber with works of the Archaic and Roman period. Superhuman sculptures, a sarcophagus, portraits, gods and mortals, and many famous personalities of antiquity are waiting for you here. 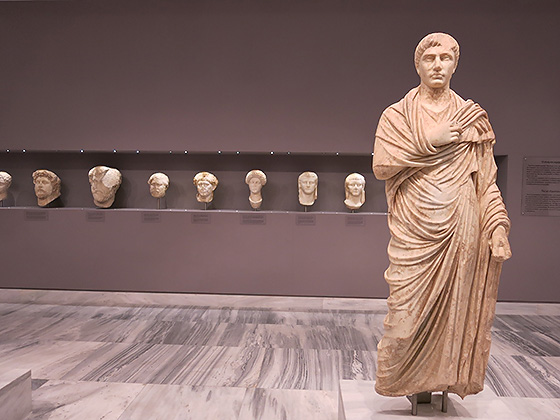 The new Museum collection highlights 5.865 items in chronological order, without counting the coin collection and two private collections. Before you go, take a rest at the garden of the Museum. It is the perfect spot to reflect on what you just witnessed. Plus, you will observe scattered mini-monuments of the city's past and present.