The emblematic marine fortress of Heraklion, Koules, or "Rocca a Mare" as the Venetians called it, after remaining closed to the public for years because of extensive restoration works, finally returns to our daily life and back on the list of the city’s open monuments.

The construction of the fortress started in 1525 and was completed in 1540. Half a millennium later, Koules still proudly stands in the Venetian harbor of the city and open-heartily unravels its history and secrets to visitors. 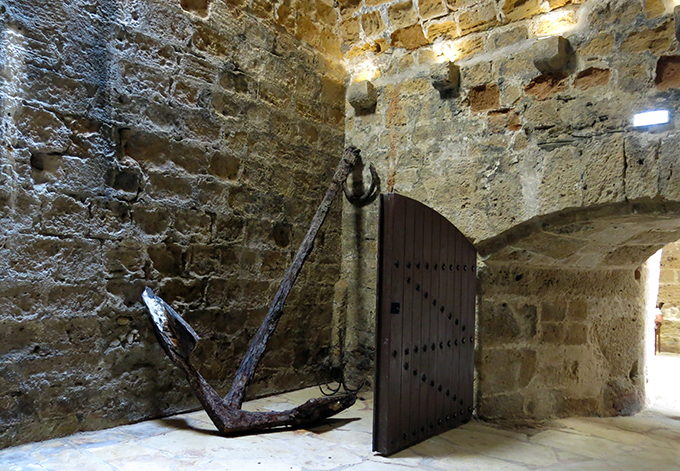 The daedalic pathway on the ground floor of the fortress goes through many rooms that have changed many uses over the centuries (some served as prisons during the Ottoman occupation), some of which open to the public for the first time. So, for the first time we can visit the hall with the Venetian sculptures (taken from the gates of the Venetian walls, coats of arms, inscriptions etc.); the screening hall that displays a short documentary about the Gulf of Heraklion, the underwater antiquities, the explorations of Cousteau in the region etc. as well as the room that houses the treasures found in shipwrecks pulled from the seabed by Jacques-Yves Cousteau. 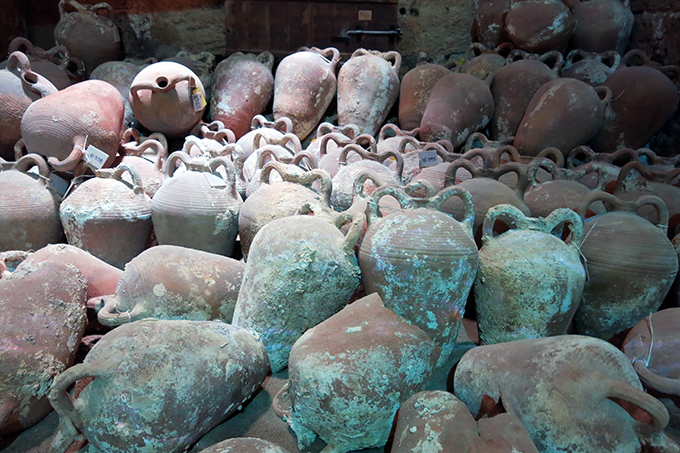 Among the most impressive attractions of Koules is the elaborate canons of La Thérèse, the flag ship sent by Louis XIV to assist the Venetians during the Ottoman siege of Candia, but was destined to sink together with all her men after an explosion in her powder magazine. The wreck of La Thérèse was found by Cousteau in 1976 in the seabed between Heraklion and the island of Dia. 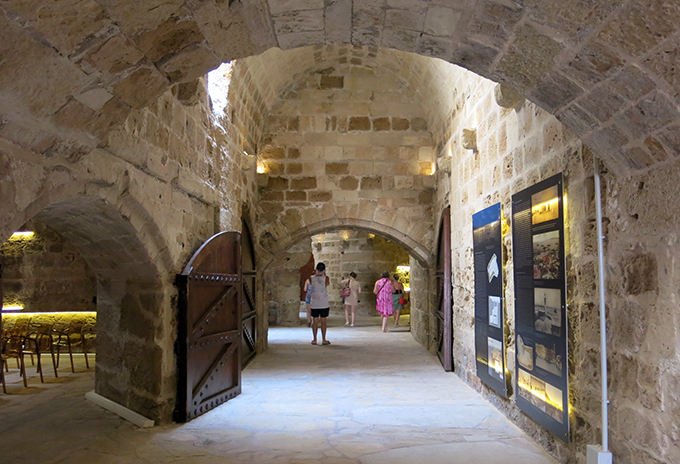 Apart from the numerous exhibits, the architecture of the fortress is an amazing experience in itself: concealed lighting together with the natural light from the skylights on the roof create a mystic atmosphere; the cannon holes are cleared and "opened" so that everywhere in the fortress you can see the sea and the port; and the great gate of the Galleys in the room with the shipwrecks make the tour even more evocative of the city’s past history. 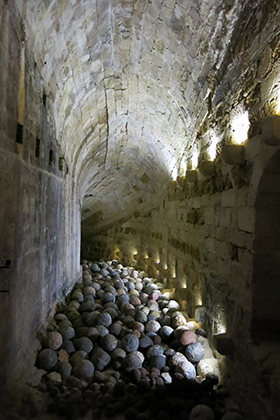 Furthermore, the information signs placed by the Archaeological Service provide all the necessary information about the history of Koules and the city, the various interventions that have been made over time to the monument, the Heraklion fortifications of Venetian Candia, the Cretan War and more.

The exploration of Koules is completed on its roof, where once upon a time soldiers patrolled the bay and cannons were set, ready for an unexpected attack. The houses of military officers and the fortress commander were also there, as well as the lighthouse tower (Castellum Communis as it was called by the Venetians) and other structures added later by the Ottomans.

Today, the walk on the roof of Koules next to the ramparts offers panoramic views to the gulf of Heraklion, the Venetian port, the shipyards and the city in general, but even farther in the mountains of Yuchtas and Stroumpoulas. 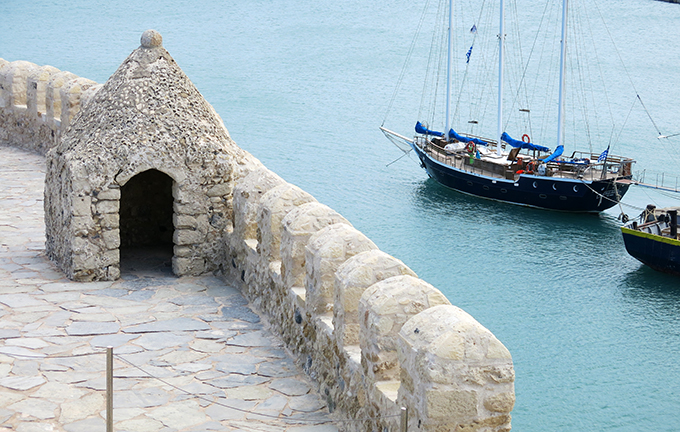