The ascent to Mount Yuchtas

Sometimes you don’t need to go very far to find wild Cretan nature. The anthropomorphic mountain of Yuchtas is just a few kilometers away from the city of Heraklion, easy to climb, offers endless views and quality time with wild nature. So, tie your shoe laces and let’s start the ascent!

The holy mountain of Yuchtas looks like a man’s head lying down and it is ‘burdened’ with ancient myths mixed with historical facts and religious beliefs that reach from Minoan times to Christianity. According to legends, Zeus was buried on this mountain. 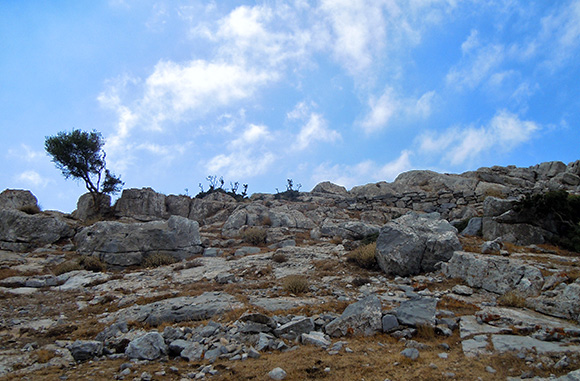 The ascent to Yuchtas is not difficult or long. The trail starts outside the village of Archanes and crosses a small forest with pine trees, cypresses, rocks and bushes. Fresh mountain air and the scent of Cretan herbs will fill your lungs along the way: oregano, thyme and sage. As you climb up to the top, the view becomes more and more impressive. The view to the scenic village of Archanes through the pines and the absolute silence will relief your wooziness when you reach the top. 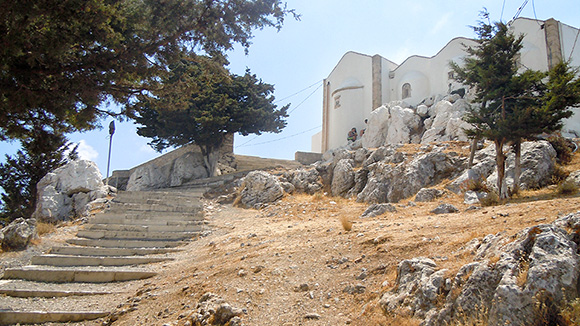 At the top awaits you the four aisled temple of Afentis Christos with a 360 degree panorama view! The olive groves, vineyards and fields that extend below your feet create a colorful mosaic until Heraklion and the sea. With a little luck and more exploration, you might see vultures, eagles and falcons that nest in the southwestern slope of the mountain.

According to legends, the tomb of Zeus is somewhere on this mountain. As for you, there is no need to worry that you might also leave your bones here: the ascent is easy and short.

After taking a break to rest, follow the trail that leads to the Minoan archaeological site (and the ruins of the not-so-ancient tv station). On the way you will cross a small herb garden with labels naming each herb, and shortly after you will reach the point where once stood a Minoan sanctuary. You can still see parts of the walls that surrounded it. Numerous relics were found in the area, including small idols, but the most important findings were discovered in the site of Anemospilia, again on Mount Yuchtas, where four human skeletons were found, one in sacrifice position on the altar. This is the only evidence suggesting that in Minoan times human sacrifices took place.
Before you start descending back to where you started, remember to take pictures of the panoramic view, take a few last deep breaths of fresh air, say farewell to Zeus and head to the village of Archanes for some raki, to appropriately end this pure Cretan excursion!